Previous posts discuss defamation in detail, and the need for legislative intervention in defamation. This post, with the help of an illustration, will attempt to look at why free speech is imperative for participation in a democracy, and how SLAPPs, by their very nature, are attacks on the freedom of speech intended to deter participation.

The term SLAPP, short for Strategic Lawsuit Against Public Participation was coined by two professors at the University of Denver after observing a multitude of cases being filed by companies in the US with the intention of censoring critics. For an individual who wants to stop someone from saying something, initiating legal proceedings against them, claiming huge amounts as compensation and effectively deterring others from speaking up is tantamount to victory.

The usage and effect of SLAPPs can be better understood with the help of an illustration:

Utopia is a developing country with a diverse ecology which also happens to be the largest democracy in the world. Residents of Utopia voted to power a government which is determined to speed up economic growth, and in a span of only a few years, a lot of industries have been established in Utopia, most of which are located in a city called Clean City.

Most citizens of Utopia, like you and I, were concerned citizens, and weren’t too happy with the impact the emissions and effluents from the industries are having on the ecosystem, and feared that the ecosystem would be affected adversely. Newspapers all over Utopia carried stories about what was happening, and discussed the need for a change in the law. Since the form of government in Utopia was democracy, the citizens wrote to their local representative pressing them to deal with the threat, and that resulted in amendments being made to Utopia’s environmental laws, further strengthening them.

Great Research on Energy Efficiency and Development Corporation (GREED Corp) started with one factory in Clean City, and within a few months, much to the distress of the residents, they had over ten factories all over the city, most of which released their effluents into the rivers in and around the city. Ashok Kumar, a teacher at Clean City School,  upon walking back home from school one day, noticed dead fish along the banks of a river which one GREED Corp factory happened to release effluents into. Ashok wrote to a national newspaper, Utopian Bugle, describing in detail how the actions of corporations, especially GREED Corp were affecting the environment, and emphasising how most factories were established without proper permissions and clearances, demonstrating a blatant disregard for the law.

When it was published, executives at GREED Corp devised a strategy, and decided that their best bet defamation lawsuit against Utopian Bugle, demanding ₹ 200 crore as damages, and initiation of criminal defamation proceedings against Ashok. The benefits were twofold, since in addition to being a burden on the Utopian Bugle and Ashok, the cases also doubled as a deterrent for public participation. 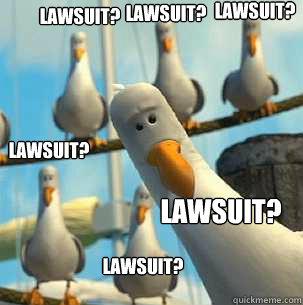 Ashok’s Story: Ashok thought he would brave the proceedings since he did nothing wrong. He would travel to the court in another city, far from his own, and sit through proceedings. Throughout the ordeal, Ashok kept writing about GREED Corp’s actions in the newspaper. Travelling to the hearings started to take a toll on his professional as well as personal life. Ashok reached his breaking point, and decided not to pursue the noble cause anymore; the pressure forced Ashok to cave in. All the residents of Clean City took notice of how harrowing the experience was for Ashok, and it deterred them from speaking up against GREED Corp.

Utopian Bugle’s Story: Utopian Bugle was founded on the idea that in a democracy, the press must act as the fourth pillar of democracy, keeping the masses informed and the government in check. They kept this in mind, and covered the issue of pollution by industries at length. There was a board meeting pursuant to the suit being filed against them, and their unwavering commitment took a blow when it was decided that they would stop covering the issue, given the lawsuit was affecting their financial standing. This deterred other newspapers from covering the issue as well.

GREED Corp’s SLAPP was successful. Whoever was talking about their misdeeds stopped, and whoever would have, didn’t

SLAPPs leverage the legal system to harass someone who says or writes something, by means of legal proceedings. This strategic litigation, now a powerful tool for silencing critics, has a chilling effect on free speech, as it discourages the legitimate exercise of the freedom of speech.

The term ‘democracy’ can be traced back to two Greek words: “demos” (people) and “kratos” (rule). What democracy essentially asserts is that power must be vested in the people, either directly or indirectly. Participation plays a vital role in a democracy, especially in India, where a few representatives represent around 1.2 billion people.

It is our freedom of speech that enables us to participate in the democratic process, ensures that there is a free-flow of information and ideas, and essentially allows everyone to make informed decisions. When both, individual writers and the press are forced to stop covering an issue, it disrupts the entire process: misdoings are not reported, the public will not know what happened, and consequently, informed decisions cannot be made.

In the illustration, Ashok and the Utopian Bugle were stopped from exercising their freedom of speech and expression. They weren’t able to convey their concerns to the citizens of Utopia, and hence could not be a part of the democratic process.

How will #SpeechBill change things?

#SpeechBill will ensure a couple of things, as the principles highlight. Things would be different if Utopia had a law like #SpeechBill, since:

The FAQs for the Speech Bill can be checked for questions and clarifications regarding all the principles of the bill.